Ladies and gentlemen, boys and girls, the road to WrestleMania feels like it has now truly begun. And, it is firing on all cylinders after this week.

After five of the most electrifying and entertaining hours of television the WWE has produced in months, the switch has seemed to have flipped. WWE rebounded from an average week of TV and gave us two nights full of huge swerves, great wrestling, and most importantly: returns!

During what is considered the “playoff season” for wrestling fans leading up to WrestleMania 35 on April 7, each week we will take a look at the three hottest storylines WWE progressed that week in the lead-up to ‘Mania, and where each one looks to be headed.

STRAP IN FOLKS! If Vince McMahon told us anything this week, after constant criticism about WWE’s lackluster product in recent weeks, it was this: hold my beer, you internet nerds.

Spear in One Hand, Shield in the Other 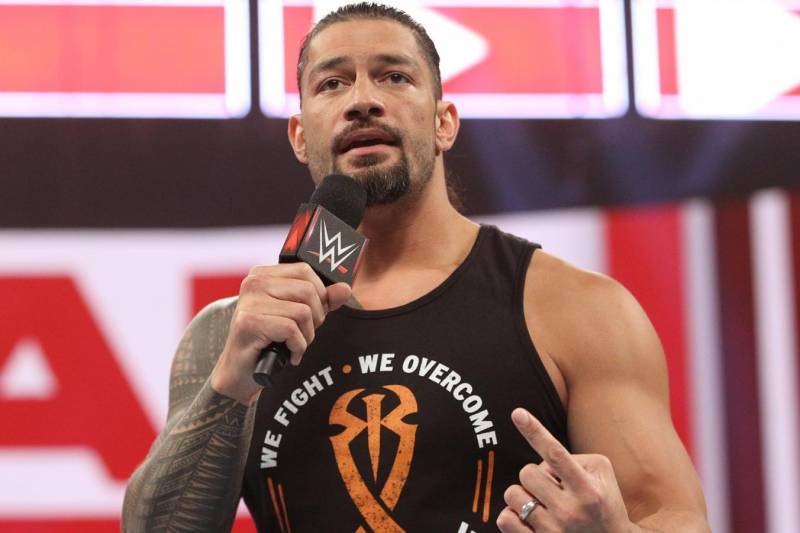 Back in October, I wrote an article detailing Roman Reigns surprise announcement as he unveiled his 11-year battle with Leukemia. We all knew Reigns would be stepping away from WWE, but the question was for how long.

On Monday night, during what was advertised to be an update on his status, we got our answer. Let me say it for the millionth time:WELCOME BACK ROMAN! Joe Anoaʻi, the man who plays the character of Reigns, announced that he was in remission after three months of treatment, to the unrivaled excitement of the crowd and fans around the world.

But that begs the question, what is next for The Big Dog?

Well, on the surface, it seems like were set to continue the pre-announcement story of the reforming of The Shield. Whether that takes a couple of weeks or stretches beyond WrestleMania though is yet to be seen. But after Seth Rollins and Reigns saved Dean Ambrose from the mid-card heel troupe, it seems like the inevitable outcome.

As for Reigns in specific, I imagine most of his storyline will be split between two avenues: being side by side with Rollins as his Universal Championship match with Brock Lesnar approaches and a starter feud with Baron Corbin at some point.

Now, I personally loathe Corbin, so give me four hot minutes of this match comes to fruition and get me the hell out. The interesting thing will be if Rollins is able to become the new Universal Champion, what big feud will be the peak of his title reign, assuming WWE will want to push Reigns back to the top as soon as possible. Conflict of interests on the horizon? Ah, I’m getting ahead of myself.

At the end of the day, I don’t care what they do for now. Reigns is back, and I’m buying into whatever he ends up doing.

DO I HAVE YOUR ATTENTION NOW?!

The first time “I Walk Alone” hits for Batista’s entrance, I might actually have a heart attack. Just getting that out of the way now. Best theme song ever? Fight me.

This will go down as one of the greatest swerves in WWE history, mark my words. While the world was expecting Becky Lynch to return to the ring, handcuffs broken in half, Vince had a trick up his sleeve that reminded us why he is the best in the world at what he does.

The camera cuts away from Ric Flair’s birthday bash, Batista appears, dragging a poor cameraman into Flair’s locker room. Batista pulls a lifeless, limp, Nature Boy across the ground. Looks into the camera and shouts, “Hey Hunter… DO I HAVE YOUR ATTENTION NOW?” By the looks of the way Trips ran backstage, I’d say that answer is yes.

Hey Animal: you had my attention, too. You had everyone’s attention as one of the best returns in history was flawlessly executed. Unlike Reigns, who’s path to WrestleMania is unknown, Batista’s is golden. I speak for everyone: we’re hooked, we’re sold, we’re ready for this match.

In December, Vince stated to the WWE Universe that the McMahons would finally start listening to the fans and give the people what they want! So he took both Lynch and Kofi Kingston out of their title matches! Exactly what we want, right?!

A thousand words could be said about this new mysterious Vince character, but this isn’t about Vince. This is about Kingston and Kevin Owens. All in all, I actually REALLY like this booking! Somehow, seeing Kofi get screwed out of a match and ultimately watching the KO/Daniel Bryan match happen will only make my childlike love for Kofi skyrocket. Let’s be real, it’ll be Kingston vs. Bryan for the WWE Championship at WrestleMania still, at the very least. Take that to the bank.

The real question now is what happens with Owens? Assuming he takes a loss at Fastlane to Bryan, Owens will only be a few weeks away from ‘Mania without a match or a feud to speak of. If you’re asking me, I predict a FULL Owens heel turn, and to linger around Kofi and Bryan for a little bit longer. Heck, I wouldn’t even mind a triple threat at ‘Mania, with both Bryan and Owens being heels. But dang, its good to see KO back in the ring. I cannot wait to see where this story goes, and I cannot wait to see Kofi hold that title during WrestleMania.

(Also, how ‘bout Owens with the stunner?!)