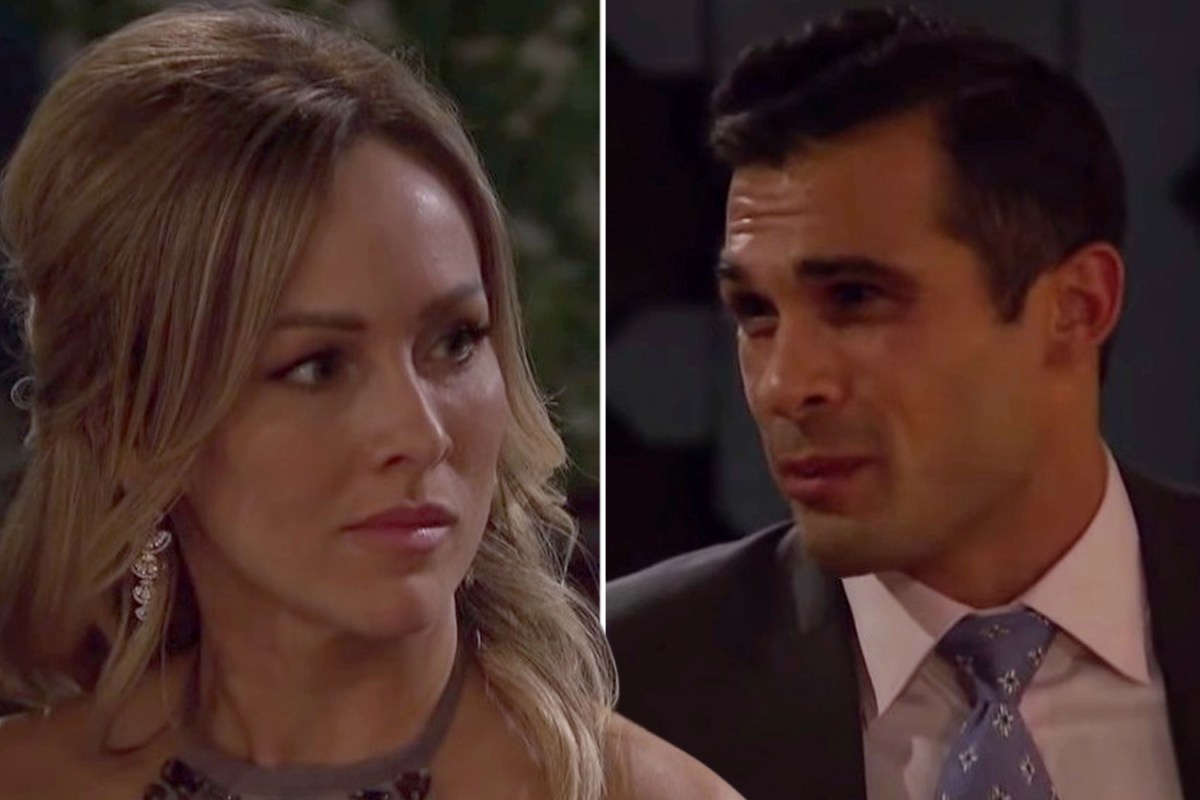 This week’s Bachelorette Recap is going to start off hot.

Yosef is a punk-ass, and the other guys should have whooped his ass. Zach J made all of America uncomfortable. Dale got absolutely roasted.

If you’re behind a week and need to catch up, last week’s Bachelorette Recap can be found here!

This week’s Bachelorette Recap is overflowing with drama, so let’s get started.

Yosef was completely out of line and just showed his ass

I can really only think of one way to describe how I felt during the exchange:

What Yosef did was just a verbal attack and outright disrespectful. He called her classless, tasteless, and said she would be unfit to be a mother to his child.

Pal, you have a daughter, and you are sitting here talking down to and degrading (not in the good Call Her Daddy way) this woman. If you’re so worried about how your daughter and family see you, you want to roll back the tape; because that was 100x worse than “strip-dodgeball.”

Shout out to Clare for handling that conversation as well as she did until the personal attacks started. Then she did what she needed to do, and Juan Pablo-ed his ass.

Clare then proceeded to kick his ass out and didn’t think twice.

Once again, we STAN.

Of course, who other than dale came to the rescue in the garden. Whatever, I will dive into him later.

The twist of the first half of the episode was that the rose ceremony went on as scheduled with no cocktail party. This did not bode well for the men who haven’t had many opportunities to spend time with Clare one-on-one. The first victims of the night were Tyler S, Blake Monar, and Garin.

Deanna Pappas, from The Bachelorette season 4, was this season’s first guest

Right off the bat, Clare absolutely started gushing over Dale to her. If it wasn’t obvious before to some of you box-heads that Dale is the favorite, it should be now. Towards the end of the conversation, she told Deanna, “This may be the shortest season of the Bachelorette, ever.”

The first date card of the episode finally arrived

This would lead to the next curveball of the night came when Clare canceled the group date and elected for an extra long cocktail party. The irritation was there for the men selected for the date, but they quickly found the silver lining and adapted to the situation.

Of course, right off the bat, Dale grabs Clare, and they snuck off to her casa.

Things got very hot and heavy between the two, and then Eazy took it upon himself to remind Clare there were other people there. If you missed that scene, I highly recommend going back and watching it because it could not have been more awkward. It was some giggly, high-school garbage.

The wildest part was Clare asking the producers to help speed along with the other dates. Just when you think it can’t get any better.

The other guys were royally pissed at the amount of time Dale had and how little they had to split. The icing on the ask was when Dale had the AUDACITY to go and steal her away from someone that barely had any time.

It’s an understatement to say that they didn’t skip a beat from where they left off. The salt in the open wound was Clare giving Dale the rose for the group date. The group made their displeasure with his actions known.

They had every right to gripe, especially after the ultimate “respect each other’s time” speech and the cringey group-hug.

Zach J ended up being selected for the one-on-one

It could not have been more awkward to watch. It was clear she wasn’t into the date, and she even said so.

During one of the cut scenes, she said, “I just wish I was with Dale”. Then the rumor mill started turning with the guys back at the house. The guys started discussing that they heard that Dale might have had contact on social media with Clare before filming.

Then the ultimate “crawl in a ball and die moment” happened.

As Zach and Clare were leaving the pool to get ready for dinner, there was a miscommunication over a kiss, and it was not good. Zach reacted in a way that, even as a viewer, was extremely uncomfortable and inappropriate. Realizing what had happened, Zach grabbed her and tried to force her back into the kiss. With Clare’s past trauma, that’s definitely not the way to go.

It’s never the way to go, but especially not here.

Clare did not show up to the dinner portion, and instead, Chris Harrison showed up to send Zach J home. Good riddance, he has “domestic assault vibes” anyways, and we don’t need Queen Clare ending up with that.

The next group date was the one we’ve all been waiting for, the Bachelorette Roast

Group dates like these make the Bachelorette Recap easy to write because they are so full of drama. It was more or less the ‘Dale Roast.’

It digs at Dale were early, often, and ruthless.

Bennett was the star of the show, and that’s not up for debate. Clare definitely took exception to the Dale bashing and was extremely upset. Eazy sat down with Dale, and it seemed they had a productive conversation about why what happened, happened.

The most disappointing thing about the night portion of the group date was that Dale continued to be the center of attention.

HE WASN’T EVEN THERE.

Every guy she pulled to the side, she gave the third degree about the jokes and what each guy meant by them. It was the “Dale Moss Variety Hour.”

It goes without saying that the guys shared their experiences of the night, and they were none too pleased with the focus being on Dale. The guys were ready to jump to conclusions and make assumptions, but level heads prevailed, and Bennett calmed everyone down by giving Clare the benefit of the doubt. Again, we STAN Bennett.

In true Bachelorette fashion, she doesn’t give the group date rose to ANYONE. As she is walking away with a producer explaining her decision, she says, “I mean, how am I just going to sit there while they dish on my fiancé?”

The guys are fed up, and it’s all about to hit the fan.

In the previews for next week’s episode, we got a clip of TAYSHIA COMING OUT OF A SWIMMING POOL.

WHAT DOES THIS MEAN?!?!!? (You know what it means unless you’ve been under a rock all summer)